Parfit surveyed the variety of subjectivist theories of what makes life go well. By calling them “subjectivist”, I mean that they all hold that what makes someone’s life go well depends on what that person wants. Nussbaum presents a particular objective theory. By calling it “objective”, I mean that it holds that there are standards for a good life that are true regardless of whether they reflect what individuals want.

Obviously, there is a difference. And we agreed that the first is better than the second. But we were less sure whether we wanted to describe the first as better for the person who has the beliefs. Some of us said that the quality of that person’s life is the same either way. Others disagreed.

When we spoke about Nussbaum, I said that we should draw the following distinctions:

Would Nussbaum’s account solve some of the questions we have about trading off quality for quantity? It’s not easy to see how. A society need not ensure that those who cannot have the capabilities on her list get them (p. 228). But since the capabilities are all held to be of equal importance (p. 222, e.g.), it’s hard to see how we might make tradeoffs among them. So do we have to pay for all attempts to save lives at the expense of improving the quality of life?

One thing we left out

Nussbaum makes one important objection to subjectivist accounts of well-being that we haven’t encountered yet. It’s the problem of adaptive preferences.

This is the back hand of our psychological immune system. Just as we can adapt and recover from devastating setbacks, we can adapt to extreme deprivation. Nussbaum’s examples involve women who sincerely believe that they do not need the same amounts of food, medicine, and schooling as men. But, she plausibly maintains, they only believe that because they have been brought up to think it is true. It isn’t because they don’t actually have the same needs.

There is a connection here with one of the egalitarian political projects that Williams mentioned. It involves dispelling false beliefs that support hierarchical societies.

In any event, this is an important point. I really should have made sure we discussed it.

One interesting problem was brought up in this class three years ago by Jenn Wilcox. If you look at Nussbaum’s claims about what is necessary for a good life, you’ll see that she insists that societies ensure people have the capabilities to get the things on her list but not that they actually have them. The reason she did that is to avoid an objection from liberals, who are reluctant to force people to live in ways that they do not wish to follow. But there’s a problem. Suppose societies only ensure that people have capabilities rather than things. Also suppose that people are afflicted with adaptive preferences that will incline them against pursuing the opportunities afforded them. Then they won’t use their capabilities. It seems.

I think Nussbaum has a way out since education is a big part of her program. Children will get the relevant education and that should take care of most of the problems with adaptive preferences. At least, that is what I would argue if I were here. It’s an interesting question how effective education could be in overcoming the problem, though.

Yes, there are lots of Milos. Milo was a famous athlete in ancient Greece. You might have read about him in the Nicomachean Ethics. Milo is also the name of a character in the children’s book The Phantom Tollbooth. There is Milo Minderbinder in Catch-22. And Milo was the name of Jim Carrey’s dog in The Mask.

Here’s the Milo I was referring to. 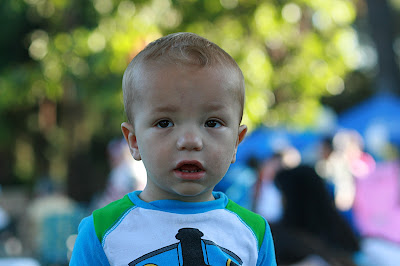 Milo. Has not defiled my food. As far as I know.