Dworkin’s task is to explain what is involved in taking rights seriously. He maintains that people who believe there are moral rights “in the strong sense” are committed to believing that government should tolerate law-breaking in some cases, namely, when laws conflict with rights. This separates Dworkin’s “unorthodox” view from the orthodox one held by both “liberals” and “conservatives.”

We began with a series of distinctions that will be useful in discussing rights.

Specifically, most of the rights that we talk about can be broken down into separate elements. These include:

Taking rights seriously, according to Dworkin, means that the normal justification for government action is not good enough when the action might infringe on rights. That is a good way to put the point, in my opinion.

But how should courts or other government officials resolve cases in which it is not clear whether a government action would infringe on individual rights?

Dworkin argues that it will not do to balance society’s interests against those of the person whose rights will be infringed. That would be to use the normal justification for government action. But, as Harry asked, what is the alternative? It isn’t exactly refusing to balance anything at all: Dworkin agrees that rights should be infringed to avoid disaster. Instead, he thinks that recognized rights, such as rights of free expression, should be limited only for very specific, narrowly defined reasons.

But, you might think, the devil lurks in the details. The third acceptable reason for limiting recognized rights is that the cost of respecting the right would be very high. But how high does it have to be and how do we determine that cost without comparing social interests against an individual’s interests?

I promised Roslyn and, to be honest, I have to show off. 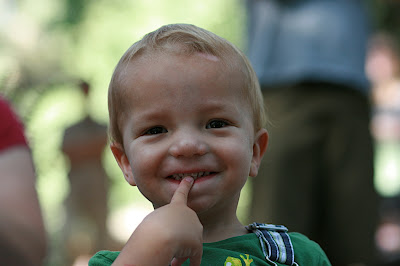